Depression and Provigil – What’s the scoop? 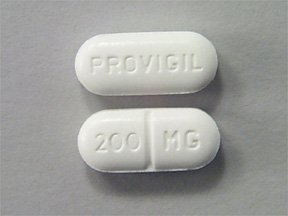 Depression and Provigil are two words you might be hearing lately after recent depression studies. A group of researchers conducted a study to evaluate the strength and safety of using the drug Modafinil (Provigil) for the treatment of people with bipolar depression. The results were published in August 2007.

One of the most common symptoms of bipolar depression is fatigue, so it’s no surprise that scientists have chosen to research further on depression and Provigil. After all, Provigil is used to treat extreme sleepiness such as in narcolepsy (the sleeping disease). It works by changing the amounts of certain natural substances in the area of the brain that control sleep and wakefulness.

What were the results of the Depression and Provigal study?

Although the study was short — only 6 weeks — it found significant improvements in both response and remission rates for the group that took the Provigil (modafinil) as opposed to the placebo control group.

The 2007 report in the American Journal of Psychiatry found that Provigil had a response rate of 44% in patients with bipolar depression, yet they call for larger studies to get firmer results.

The researchers conclude that “adjunctive modafinil at doses of 100-200 mg a day may improve depressive symptoms in patients with bipolar disorder.”

This is something to consider if you’re battling with bipolar depression. However, I would caution that it’s a very new drug so its track record hasn’t been set yet. Many treatments for the sleepiness caused by depression react badly with antidepressants, yet doctors still say Provigil combines well with the most popular prescription medications used for treating depression. Combining the two requires a great deal of knowledge and care by a specialist. It is interesting to note that 23% of the patients did no better than those on placebo:

What are the side effects of Provigil?

Depression and Provigil may not be ideal together due to the side effects. They include headaches and nervousness which may actually worsen the symptoms of depression. Provigil is becoming increasingly popular among doctors because it makes their patients more alert and active. Instead of spending the day in bed with depression, they are able to get up and do things, which many depression sufferers are unable to do. However, this sometimes means one cannot fall asleep. Insomnia is another unpleasant effect that may result from combining Provigil and depression. Most depression patients do not tolerate insomnia well, since it gives them too much time to think about being depressed and how bad life is, one of the primary reasons depression sufferers sleep so much.

Provigil has other more severe side effects as well, which may mean that depression and Provigil are not meant to be. Symptoms such as nausea and infections have also been reported. While headaches might be tolerated, anxiety and nervousness are less likely to be acceptable side effects.

While doctors will always prescribe medications (such as Provigil) to try to relieve depression, the side effects can be overwhelming. For this reason, many victims of depression are exploring their options, looking for alternative methods of relief. For some, a good supplement that combines herbs along with vitamins and minerals essential to mental health is the answer they are looking for.

If you’re not sure about your battle of depression and Provigil being the answer, be sure to read below about how researchers are changing lives of bipolar depression sufferers thanks to the research on Omega 3s. It’s absolutely amazing.

The Benefit of Omega 3 Fish Oil for Your Mind

The research of Dr. Andrew Stoll reveals the benefit of Omega 3 fish oil for the depressed.

Natural Cure for Depression: Is there one that works?"

It was discovered in the late 1970s that the native Inuit population who ate a diet high in omega-3 fatty acids, had surprisingly low heart attack rates. ...

What is box light therapy and where do you begin?”

I increased my Omega 3 intake and purchased a GoLite... I haven’t felt so good for so many consecutive days in 20 years. I’ve also increased my exercise ...

Vitamin B12 and Depression – For some of you, it’s that simple.

Once I discovered this, I began taking Vitamin B supplements to boost the effectiveness of my 5 HTP supplements. (The research, by Kuopio University in ...

Back to Home from Depression and Provigil